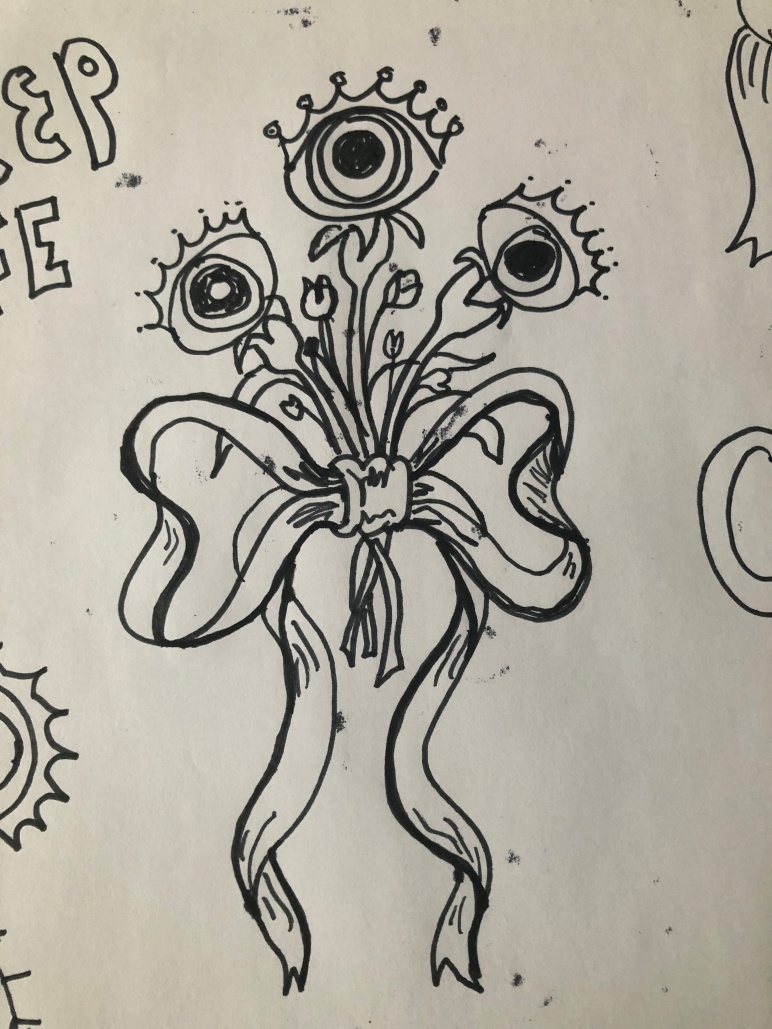 Diedre tried to talk Taylor out of making her Trash Sundae’s singer for Battle of the Bands.

But Taylor said that didn’t matter.

“Trash Sundae isn’t all like la la la sweet melodies,” he insisted. “It’s kick ass screaming and you do it really great.”

Diedre knew way better than this. She even knew that Taylor just wanted her on stage with him and James because she looked hot in leather jeans half swallowing a mic. But she did it anyway because Taylor was just about her only friend.

And of course they were booed out of existence and the battle of the bands was won by some fucking show-offy hello from the other side clone.

They cut out after the booing and left to find a bar. And the only one they could find was some cheesy old dump that was having an open mic poetry slam.

James said he didn’t mind; he’d go ahead and steal some for lyrics.

“Just so long as you never make me scream them off-key again. Ever,” said Diedre.

“They screamed GIVE IT UP and YOU SUCK at me,” Diedre said.

“I told you,” she said. James and Taylor both looked at her blank-eyed.

“Tone deaf?” She clarified with a shrug of annoyance. They looked back at the stage.

At the mic was a stringy blonde wearing cut offs and giant boots and a knit beanie. She gabbed on in that poetry reading sing song that made Diedre want to hang upside down and scream.

“What crap,” said James, half-aloud and Taylor bleated, a short blast of glee, beer shooting out his nose.

And James, still laughing, fairly shouted, “You LIKE this shit?”

The bar matron came over and told James that sort of thing was not allowed here.

“Poets,” said Taylor, “such little bitches. When they suck no one is allowed to tell them. Musicians? They yell “You SUCK” at them —but, like no one ever says that to a poet.”

“Fuck you, Taylor,” said Diedre, “Mr. Insightful all of a sudden.”

2 thoughts on “No One Ever Says That to a Poet”